In this article, we will study different rock mechanics equipment use for testing in the laboratory. Rock Mechanics labs are generally equipped with instruments to study rock behavior under different stress, strain configuration. We study the basics of different machines and their usage in our practical life.

This test method is used for assessing the deterioration of rocks over a period of time when subjected to water immersion. The apparatus consists of a motorized drive unit mounted on a base plate and connected to two or four drums which rotate at a speed of 20 r.p.m.

The machine mounts a digital display for the visualization of the residual testing time. The tank assemblies are filled with water to a level 20 mm below the drum axis. The water level is indicated by a mark.

The drums can be mounted/disassembled easily with the quick-release drive units.

A core drill is a drill specifically designed to remove a cylinder of material, much like a hole saw. The material left inside the drill bit is referred to as the core.

This machine is specifically used in the laboratory for cutting core samples from hard materials such as rock and concrete. A clamp is provided to firmly secure the material during the cutting cycle.

The coring area is protected by a transparent cylinder. A special clamping device to prepare rock samples from core pieces is also available.

Lapping is a machining process in which two surfaces are rubbed together with an abrasive between them, by hand movement or using a machine.

The term “lapping” is used to describe a number of various surface finishing operations where loose abrasive powders are used as the grinding agent at normally low speeds.

It is a process reserved for products that demand very tight tolerances of flatness, parallelism, thickness or finish.

A rock cutting machine in the laboratory can be used to cut rock cores. Concrete cores, stones, building materials, and metallic specimens. A smooth finish cut can be made with the machine in either wet or dry operation according to the nature of the specimen (cutters are at extra cost).

The specimen cutting machine is designed to cut up to 200 mm (specify the size of deep cut required in the specimen) deep cut in the concrete, stones, tiles, soft rocks, and hard rocks, or any other similar material.

These ovens generally provide uniform temperatures throughout. Typical sizes are from one cubic foot to 0.9 cubic meters (32 cu ft) with temperatures that can be over 340 degrees Celsius.

The Los Angeles abrasion machine is used to measure the degradation of a mineral aggregate of standard gradings resulting from a combination of actions including abrasion or attrition, impact, and grinding in a rotating steel drum containing a specified number of steel spheres.

The test is widely used as an indicator of the relative quality of various sources of aggregate having similar mineral compositions.

Some other rock mechanics laboratory equipment used in rock testing

This apparatus was originally developed at Imperial College, London, by Professor E. Hoek. It is a simple and practical method of determining the strength and slope stability of rock, both in the field and in the laboratory.

The apparatus consists of a shear box designed to accept samples not larger than 115×125 mm or alternatively cores up to 102 mm dia. The shear box consists of two halves, the upper being connected to two rams for reversible shearing action and the lower connected to a ram for normal load application.

The loads are recorded by Bourdon tube load gauges or by pressure transducers.

The normal loading system is complete with an adjustable low friction pressure maintainer to absorb volume changes of the specimen during the shearing action and to ensure constant vertical stress.

The “universal” part of the name reflects that it can perform many standard tensile and compression tests on materials, components, and structures.

However, this method not only records the change in length of the specimen but also all other extending / elastic components of the testing machine and its drive systems including any slipping of the specimen in the grips.

Once the machine is started it begins to apply an increasing load on the specimen. Throughout the tests the control system and its associated software record the load and extension or compression of the specimen.

Ultrasonic testing (UT) is a form of non-destructive testing (NDT) that uses high-frequency sound waves to measure the thickness or hardness of rock material in the laboratory.

Ultrasonic tests often are performed to assess corrosion on pipes, valves, and steel or aluminum constructions. An ultrasonic tester also is used to detect flaws such as cracks and leaks.

Have a look at geotechnical lab equipment.

Shoaib Anjum is a Geological Engineer. However, his interests extend towards Writing, Designing, Web Development, SEO, Blogging etc., Shoaib has assisted a great number of people in launching their sites/services over a course of 10+ years and proven to provide results that were much more than satisfactory. Shoaib's working methods guarantee competitive results at the initial stages of his projects.

You will only receive tailored newsletters 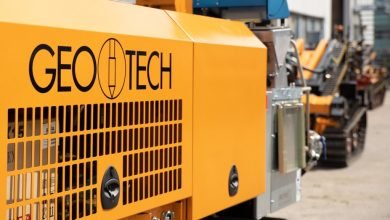 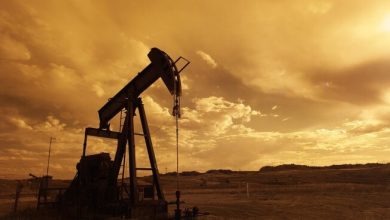 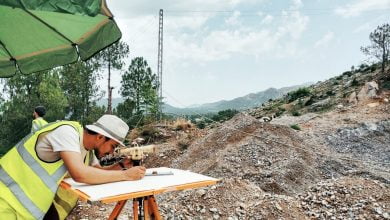 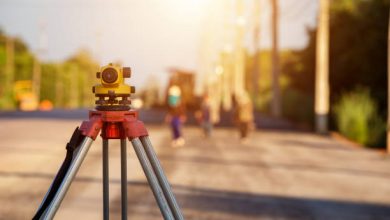 We respect your Privacy and would never spam you

We use ads to keep this website running and provide resources. Please support us by turning off adblocker. Thank you!